Wikipedia defines it as:

Here is an example of branded content on Huff Post’s Home page. It sure looks like their editorial format. 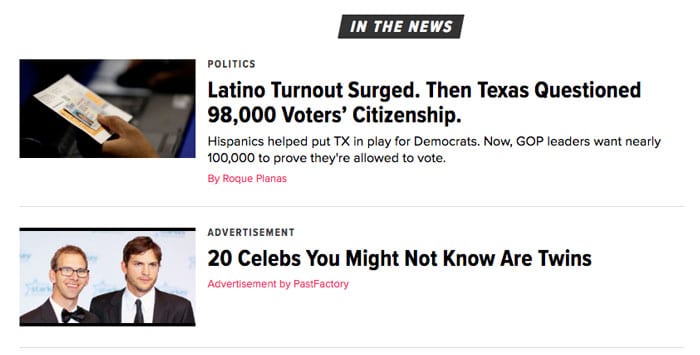 At a recent social media conference, I’ve got the perfect seat, front row center, my phone is already in my lap, ready and waiting for my stream of live tweets. In just a few minutes, Meredith Kopit Levien, Executive Vice President of Advertising for The New York Times is going to give a talk on “The Art and Science of Storytelling”.

Meredith makes her way on stage, poised, confident, and professional, and about to give us the skinny on how The Times is revolutionizing story-telling.

She starts with a photograph of her 4-year-old son at his birthday and tells a very engaging and relatable tale of what it’s like to be a mom with a little boy growing up in New York City. She complains that her friends throw toddler-parties with bridal-shower price tags attached. She laments the lack of imagination that parents employ when planning their kids’ party.

She insists that what makes a genuinely happy birthday has nothing to do with money or extravagance. It’s all about the parents making their son or daughter feel special on their birthday: whether they’re renting a $25,000 petting zoo or making a huge backyard maze out of cardboard boxes. “Marketing is always changing”, she says wisely, “but human desires and human expectations don’t.”

I’m sold. Meredith couldn’t be more right, both about the birthday parties and about marketing. Like branding, Social Media is only effective when it genuinely makes people feel something.  The internet can smell phony a mile away, and that can be the kiss of death.

And the next part of her presentation clues me in: The Times is now offering paid space on their website for brands to publish their own content.

But wait. Isn’t Meredith the VP in charge of…advertising?

She shows us an example: Dell wrote and published an article that appears on the front page of the NY Times website about millennials and study habits.  It has “by Dell” all over it – it’s obviously not pretending to be a NY Times story – but it’s there.

I can’t help but wonder how much Dell paid for that spot, and Meredith notes how many companies are taking advantage of the Times branded content initiative, including Goldman Sachs.

Can advertising and journalism co-exist?

Immediately, the hands are up in the air.  “How can you let Goldman Sachs write a paid article for you and still have your readership believe that there are legitimate journalists investigating Goldman Sachs on a daily basis?” Seems reasonable.

“Those will just have to coexist,” Meredith responds.  “That’s social media.”

I wonder if it can.

Some lauded it as marketing genius, others felt completely betrayed that they weren’t “real” people, (aren’t models real people too?) and berated the company for the underhanded tactic. Nonetheless, it became the biggest viral video in history.

If a brand uses social media, it shouldn’t be a mystery that they’re selling something. But, to be fair to the “followers” of those brands, they’re not treated like customers. They’re treated like “friends”, “fairies”, “fashionistas” or whatever cute names brands come up with to refer to their Facebook fans.

It’s “social” media – you’re supposed to believe you’re having a social experience. Kind of like an ongoing cocktail party where, every now and then, your “friends” are asking you for money while they hand you drinks and talk about the décor. 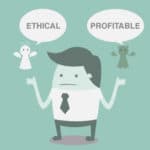 It begs the question: Where’s the ethical line when it comes to the intersection between advertising and social media?

The Times is now considering itself a “platform” for branded content. The article Dell or Goldman Sachs’s writes is the equivalent to a banner ad, according to Meredith. By telling a story via an article, Dell and Goldman Sachs are upping their visibility and social share-ability big time.

When ads imitate content, how do people perceive it?

And while Meredith insists that the content is very clearly NOT from the NY Times…it’s still on the front page, among all the other articles. In my opinion, what the Times is doing with their branded content is making their ads imitate their product, and selling that product to brands.

I guess everybody has figured out that banner ads are mostly ignored.

“Our articles get shared once every 54 seconds. Get your article with YOUR brand shared with that kind of frequency. But obviously, no one’s going to think it’s actual journalism. But they’re going to share it as if it was. Which means that…they might actually think it’s journalism. Maybe. It’s a little unclear, but believe me, it’s totally ethical.”

This debate may come down to the nitty-gritty ethics of advertising. No one likes to be sold anything, so brands approach marketing like they’re not selling you anything. Instead of and ad saying “buy Wren clothing”,  Wren created a genuine experience with their “First Kiss” video. Personally, I loved it. Didn’t matter to me that they were models—models are people too, their responses were genuine, and it actually made me cry. (Just a little). That makes the Wren brand unforgettable.

But, that’s always been the secret to great advertising.

Branded content that looks like an editorial in a news publication is a little different. I guess we’ll have to leave to readers to judge.