How Political Branding Can Win or Lose an Election

In these polarized times, the fight is at combat level. Candidates need to stand out. Here's how. 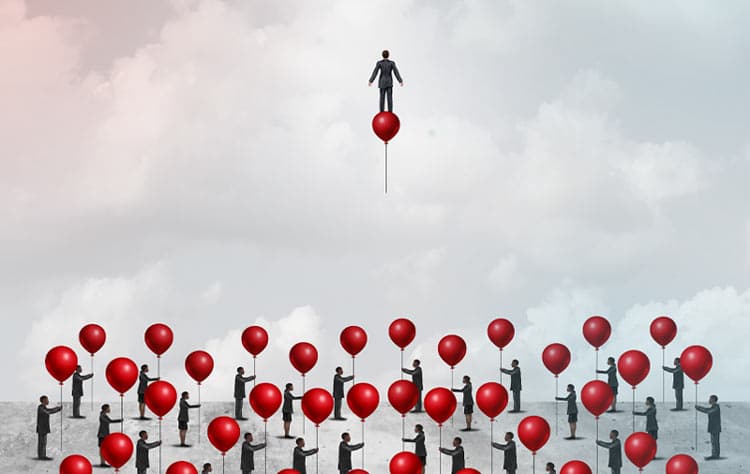 Before we can change THINGS, we have to change MINDS.

Campaigns should follow the same rules as a business.

If you are running for office, start thinking of yourself as a BRAND. Stand out, show value, use disruptive language and visuals, and be clear in your message. That is, if you want to persuade anyone to vote for you.

What is political branding?

Political branding is the personality and reputation of the candidate. It is more than a logo. It is:

If this sounds familiar, it’s because we say the same things to our business clients.

Businesses must create knowability, likeability, and trust if they want someone to open their wallet. So do political candidates who want votes and volunteers.

Design is one of the most powerful ways to communicate and persuade, and it has been since Neanderthals carved themselves into history on cave walls.

Let me say this was a stupendous example of Political Branding by the new women of Congress. This was the white suit seen around the world! Where they even got them in January remains a mystery! 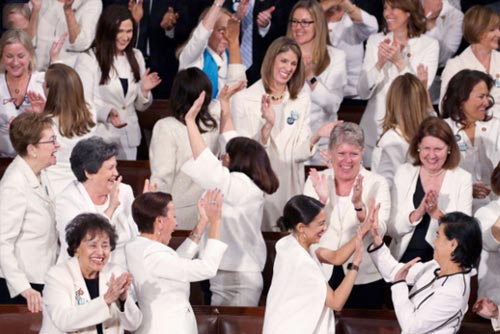 Logos are an important part of a brand, of course, because they are the enduring visual symbol of a brand. In the upcoming election, we saw some radical departures from the typical red, white and blue color palette. I love it! 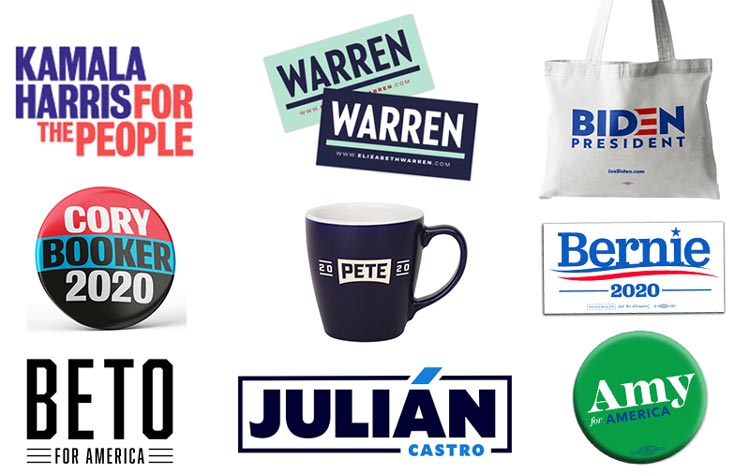 Buttigeig’s team gets how important this is. On his website, he has a whole page devoted to his visual brand story.

Where most political branding work needs to be done, in my opinion, is in language.

His sound bite style and outrageous language grabs most of the attention in the press—and he does it on a daily basis. I bet you can remember dozens of his sound bites and have heard them over and over on TV. That looks like billions of $ in free press to me!

Democrats can do it too. 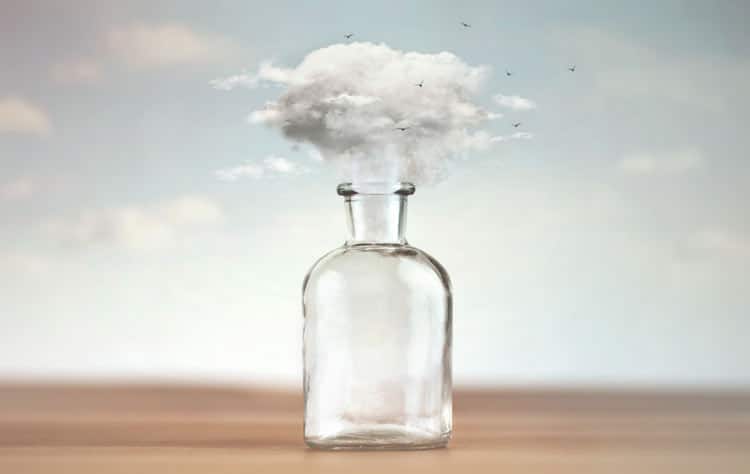 Not in the mean-spirited, lying, cruel and schoolyard bully way DT does it, but they can be equally effective. Here’s what we need to think about…

Messaging: what are the candidates actually saying?

Language in political branding can be made more effective by working with an experienced brand strategist.

A team (like ours) knows how to get to the important stuff as we do for businesses. We “get” what companies really offer, and I can tell you, it is never a laundry list of their services.

“…My name is (name withheld) and I am a Democratic candidate for Congress here in central New York and the reason I am reaching out to you all the way from (Withheld) is because I am running in one of the most competitive and top red to blue districts in the country. The district I am running in remains one of two districts in the country that Hillary Clinton carried that day and that Republicans continue to represent …”

…and so on and on. Notice how many times “I”, or “me” is used in just these 2 sentences. It didn’t get any better.

Well, that was not very powerful. And it went on for another minute or so. But I stuck it out just because it was actually him calling and he took the time to leave an actual message.

At the veeeeeery end, he did say something kind of cool. He told his story about being an Iraq Veteran and said “I want to get in this fight.” I heard it and it felt real. Even his voice had more passion in it. I got it!

As a brand strategist, I would work with that idea and tie his veteran story to fighting for democracy. It’s personal and it’s real.

That’s how this candidate could use political branding in a more powerful, persuasive way. Learn more about our branding process here

Here are a few examples of not so powerful political branding and how we’d fix it.

Before I pick on Tom Styer, let me say I love him and sent 300 handwritten postcards for his organization in 2018.

Who doesn’t love this billionaire who wants to give back? BUT, his message is too similar to Warren’s. She was first, and he’s now chasing her!

He could position himself as the “Billionaire with a Heart.” He can own this position BECAUSE he is an actual billionaire.

He understands how to talk to and perhaps persuade other billionaires to give an inch themselves. He knows how this stuff works and speaks their language! We need the votes of billionaires too. And ultimately, their support.

A candidate who is clear and knows how to use words will grab the mike, get media attention and have the best shot at winning.

When candidates describe their plans or policies, it’s like Sominex. Warren has a brilliant plan for pretty much everything, but nobody gets it! No one has time to go to her website and read through all the text. They want the info in a nutshell, and brevity is not her usual style.

In my opinion, this is a very bad way to name it. 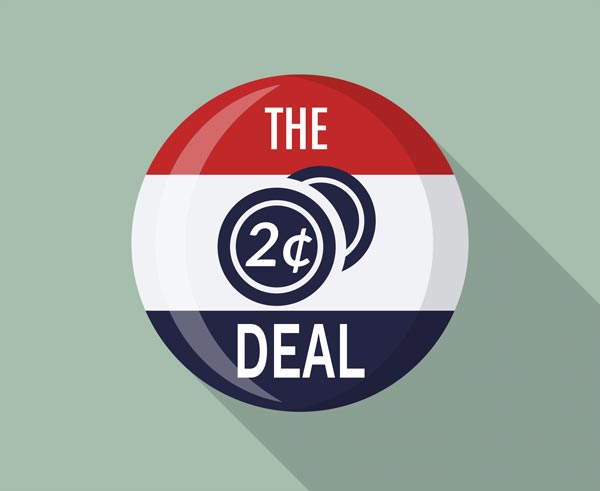 “2¢ Deal” changes the entire context from

To a positive perception:

She should brand and name every one of her policies.

Imagine Elizabeth dropping 2 pennies from her hand at rallies, or on the table in talk shows or on the podium. What if she starts a social campaign where people donate 2 cents, or speaks into how every person’s 2 cents must be heard. Wouldn’t that be more sticky?

Not to pick on Warren, who I adore and support, but “I got a plan for that” (Which I once heard her say) is more memorable than “I have a plan for that”, because it is grammatically incorrect, like Think Different. It’s funny too, especially since she was a teacher. It sticks.

Making “Big structural change” would be more memorable if it were simply “Big Change.” It even works with the 2-cent deal! Think “small change”. Just saying.

Politicians need to change MINDS in order to change things.

The importance of Taglines in Political Branding

Taglines—or slogans—are VERY important. Good ones sum up a candidate’s position in a very short sentence. Here are 3 that really stuck and became part of our culture.

The Dems current taglines are a bit unclear, and some have several of them. This is not great for branding. None of their websites have their tagline on the first page.

I’d love to rewrite every one of these!

My favorite and best slogan in the bunch:
“For the People” – Kamala Harris

A last word on consistency in political branding

I’ll pick on Castro to make this point. The tagline “One Nation, One Destiny” isn’t bad. But, he never speaks into it as his big idea. Maybe I missed it during the debates, but I never heard him say anything about America’s “destiny.”

In politics, people vote for candidates they remember, and they remember them because they are inspired by them.

If you are running for office, let’s have a conversation!

Getting out the vote in a big way reinforces democracy. If you think your vote doesn’t count, think again! Read my post on Why we dream about a better, fairer future then vote against it