What the Hell Happened? How Trump Outbranded Hillary 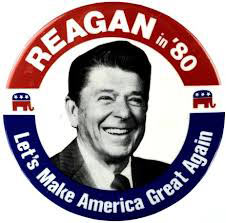 After the shocking outcome of the election, everyone I know is saying “What the Hell happened?”

I took some time to reflect on why and try to make sense of this catastrophe. How did I not see it coming? I should have.

I think it all comes down to a glaring difference in the brand strategy of the two candidates. Trump simply outbranded Hillary.

Trump had this nailed from day 1. He knew exactly whom he was speaking to. His main audience of blue-collar working class people identified with and felt heard through Trump.

He verbalized their anger and disappointment with big government that favors the rich with his own anger. Even his temperamental behavior worked in his favor.

Oddly, he is part of that group, but even that didn’t matter. All he had to do was keep saying he would fix it. And sadly, they bought it.

Trump had his brand together right from the get-go.

His tagline “Make America Great Again” gave people something to latch on to.

Never mind that Reagan used it first. Another tip: borrow from other’s successes.

He nailed it with that. We saw a sea of red hats with that slogan on it at every rally. It was parodied everywhere and instantly recognizable. He repeated it over and over again. Who doesn’t want a great America?

Hillary’s tagline changed at least 4 times during her campaign, which made her stance fuzzy—a critical mistake in branding. Ask anyone what she stood for, and you’ll get many answers.

Brands need to evoke a feeling to work. For an election like this, it had to be very powerful.

Trump kept his message simple and clear. He never wavered. Like it or not, we all knew where he stood—an excellent verbal brand strategy.

He was also a master of the sound bite. His vocabulary was not politically correct like everyone else’s (Except Bernie), uncomplicated and he spoke in 6th-grade language. He said things like “Crooked Hillary” so many times it was burned in people’s minds.

People I asked couldn’t say exactly why she was crooked, but saying it enough times made them feel just a tad uncomfortable It was enough.

Borrow from the best

Trump borrowed (a lot) from Reagan, a wildly popular President. Even his slogan was originally Reagan’s. But nobody cared.

Read about designing Obama: how a font may have won an election

Trump was direct, unlike most politicians and was always himself. That resonated with a lot of people, was a signature of his brand and people got it.

Bernie had the same down to earth verbal branding and won a lot of hearts. He never talked over people, though he used bigger words.

Hillary’s experience probably worked against her.

People voted for a candidate with no political experience at all—and proud of it! That tells me they wanted something different, not a charter member of the “political machine”.

They associated Hillary with the Washington elite they felt let them down and fueled enormous anger. Being an insider was her brand, but not the one people ultimately wanted. The more she talked about it, the worse it made it for her.

Politicians are brands too. Personal brands.

If you are running for office and want to sharpen up your own brand, talk to us.