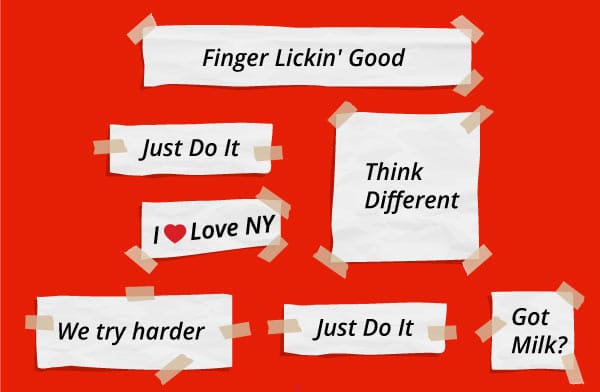 Just Do It. Think Different. I’m Lovin’ It. Open Happiness. Achieving stickiness is the Holy Grail of a corporate tagline. But how do they do it?

There is no one way to get the magic words, but we explored the hows and whys of creating sticky taglines. Many famous lines have achieved icon status because they capture a big idea about how the brand makes us FEEL, not what it DOES.

Did you know “Just Do It” was inspired by a mass-murderer?

“Yup, it’s true. An uplifting and positive tagline was inspired by the last words of a criminal,” esteemed Nike copywriter Dan Wieden admits in Art and Copy. Gary Gilmore, the notorious spree-killer, uttered the words “Let’s do it” just before a firing squad executed him in Utah in 1977.

“I liked the ‘do it’ part. I realized that with slight tweaking, it could fit for Nike. We thought, ‘Yeah. That’d work.’ And then it exploded. People started reading things into it much more than sport.”

Whoa. Seriously? That story got us thinking about the genesis of other celebrated taglines over the years. Where does someone get the idea to tag a soda “Open Happiness”? And how exactly does one dream up a “So easy, a caveman could do it” slogan for selling car insurance? 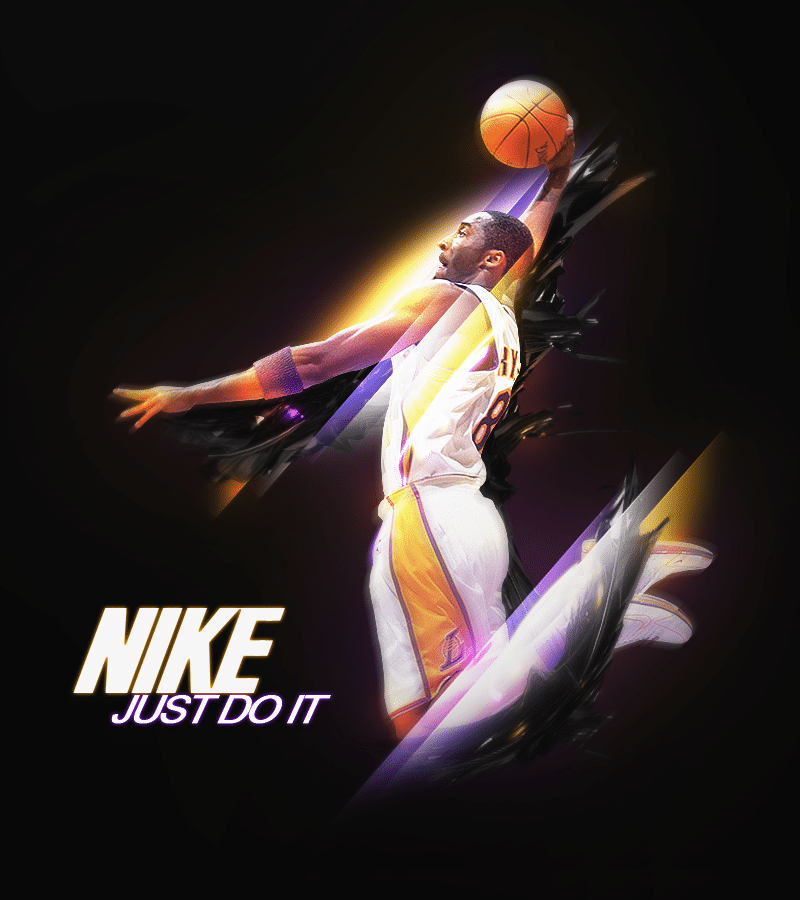 At Network9 we talk a lot about how a truly great tagline isn’t just clever.

It serves as a statement of purpose, a lifestyle, and even inspires employees of that company when they go to work. As Carmen says, “If you work at Apple, you know you have to Think Different. If you don’t, go work for Microsoft.” It has to be BIG!

Ouch. But it’s true: a great tagline that captures the philosophy of your business hits an emotional bullseye with your customers. That’s why Burger King had so much success with “Have It Your Way” and flopped with “Where’s Herb?”

One celebrates the customer and their freedom of choice, pointing out the difference between them and the other guy. The other one…well, who even knows what “Where’s Herb?” means? It didn’t show a specific benefit to buying a burger.

The best taglines use simple words to say more.

“A Diamond is Forever” implies eternal love along with the shiny rock. And “You’re In Good Hands” is about a company that takes care of you, not about what they DO, which is sell car insurance.

“You have to be a true believer in what you’re selling,” says Milton Glaser, who created the iconic “I ♥ NY” tagline. “If you don’t have a change-the-world outlook, you’re doing it wrong.” The much-copied visual tagline has achieved ultimate sticky status because it is visually engaging and has a simple puzzle to solve, which makes it even more memorable. 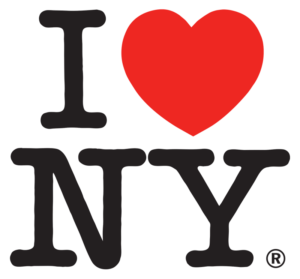 Taglines have shaped our culture to a huge degree.

You might thank (or curse) the ad makers who dreamed up the lines that get stuck in your head, from “It’s Miller Time!” to “Where’s the Beef?” or “It’s a spicy meat ball.” But these real life Mad Men (and women)—and the ways they find inspiration—can teach us a lot.

When it comes to a tagline, you have a few words that have to do the job. It should be no more than 3-5 words. Two is even better. One word? You’re a genius. Don’t we all want to own a tagline as good as “Just Do It? You can just do it too. But it takes work and a lot of thought.

“It’s not even English…but it worked!”

Here’s our Pinterest board of Apple’s finest vintage ads.

Some of the stickiest taglines came close to meeting an early death.

Wendy’s almost canned the “Where’s The Beef?” ads just days before they were put on the air. Many people on the “Got Milk?” team thought it was lazy, not to mention grammatically incorrect. But we bet they remember it!

“It’s not even English,” recalls ad honcho Mr. Silverstein, expressing his initial distaste for the idea. He gleefully adds, “It worked!” 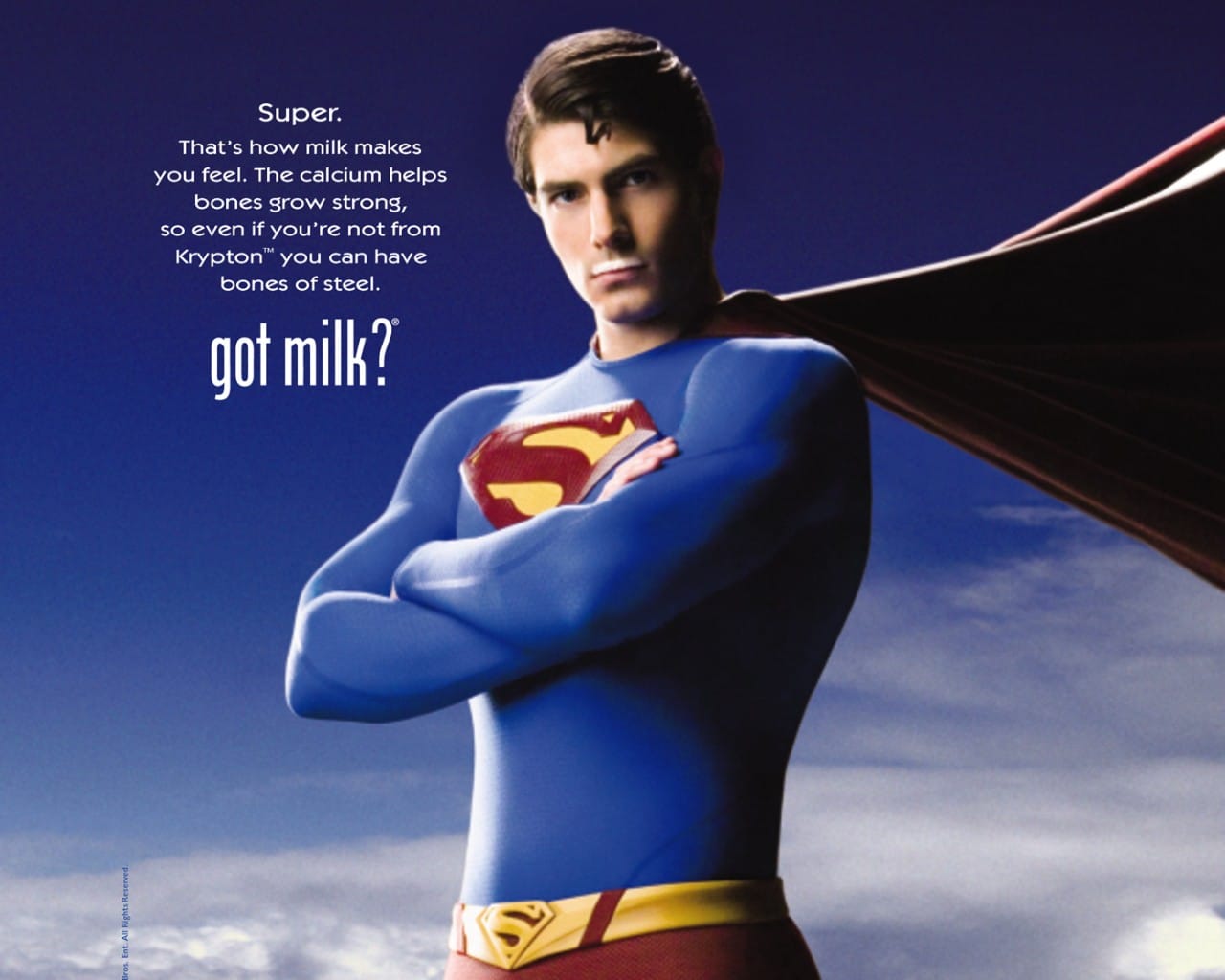 Get everything you can out of your tagline. It should be:

As Maxwell House Coffee might say, it should be good to the last drop. 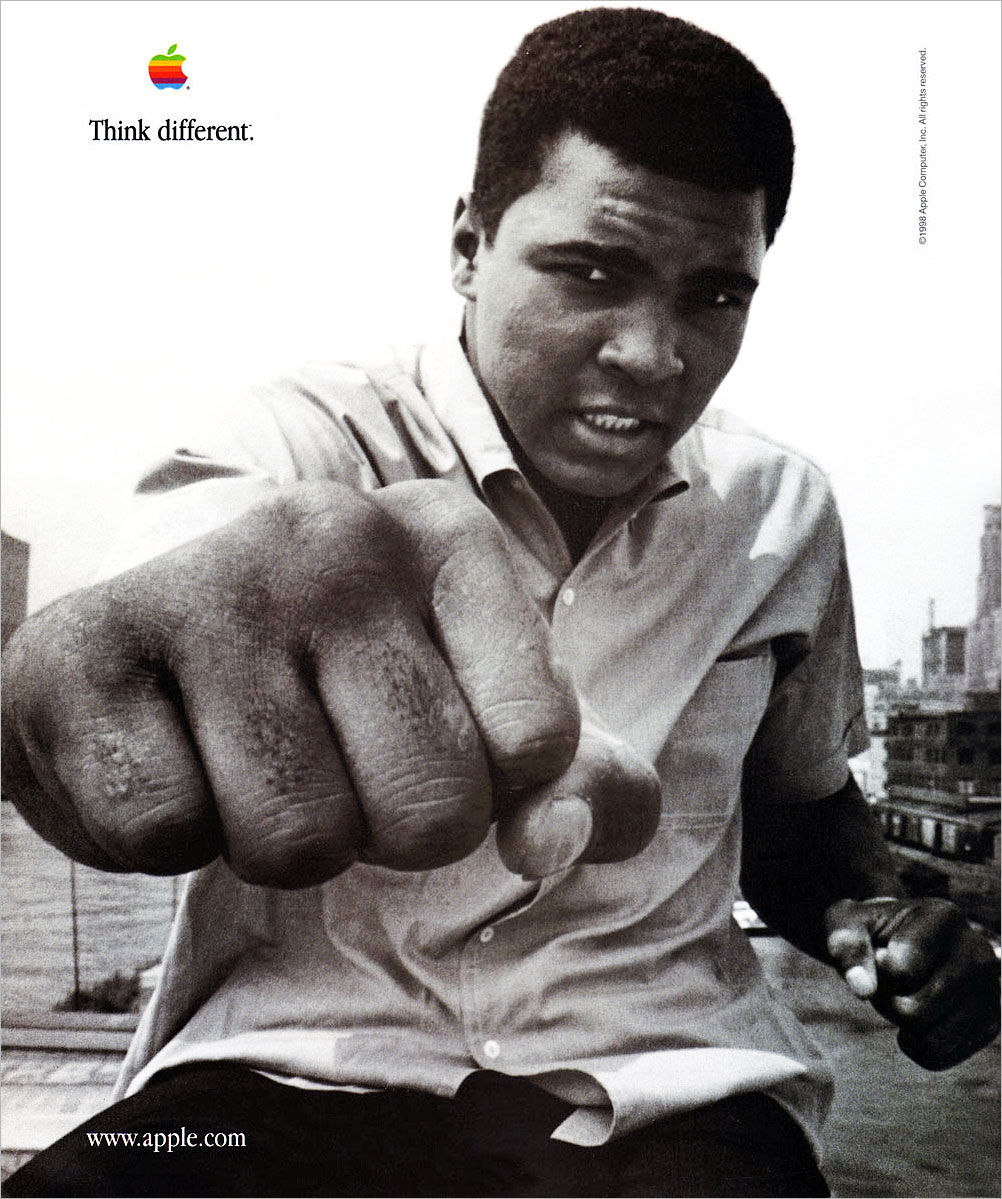 The best advertising is based on big, simple ideas and powerful emotions. Taglines permeate our culture, from art to journalism to politics. What are Reagan’s “It’s morning in America” or Obama’s “Yes, we can”, and “Change We Can Believe In”—if not killer taglines? What was Romney’s tagline again?

As Presidents and businesses alike can attest, a tagline helps you make the leap from mere mortal to icon.

Who exemplifies this better than Harley Davidson, whose “Live to Ride” is not just a slogan, but a way of life?

Think about it. A lot. Talk it out.

When creating a tagline for our clients, we brainstorm for hours. And hours, talking about the key benefits of the product, and why it’s different. We talk about who the company is, what it stands for, and what core idea it embodies. We write down a million words and phrases and talk about them ad nauseum, until we distill it down to something that everyone says “That’s it. That’s who we are.” You can do the same.

Your tagline is your identity. Make it a good one. And make it one you can stick with.